Is it your
technological
blood visions?

Wayne Mason is a writer and sound artist from Central Florida. His words have appeared across the small press in magazines both print and online. He is the author of six chapbooks. and is the former poetry editor for Side Of Grits, and The Tampa Bay Muse. Wayne Mason has also been active in experimental music for nearly twenty years. He records ambient, experimental and noise sounds, both solo and as one half of the electronic project Blk/Mas. http://brokenzen.wordpress.com/
at 9:00 AM No comments:

TOO GODDAMN CUTE by Misti Rainwater-Lites 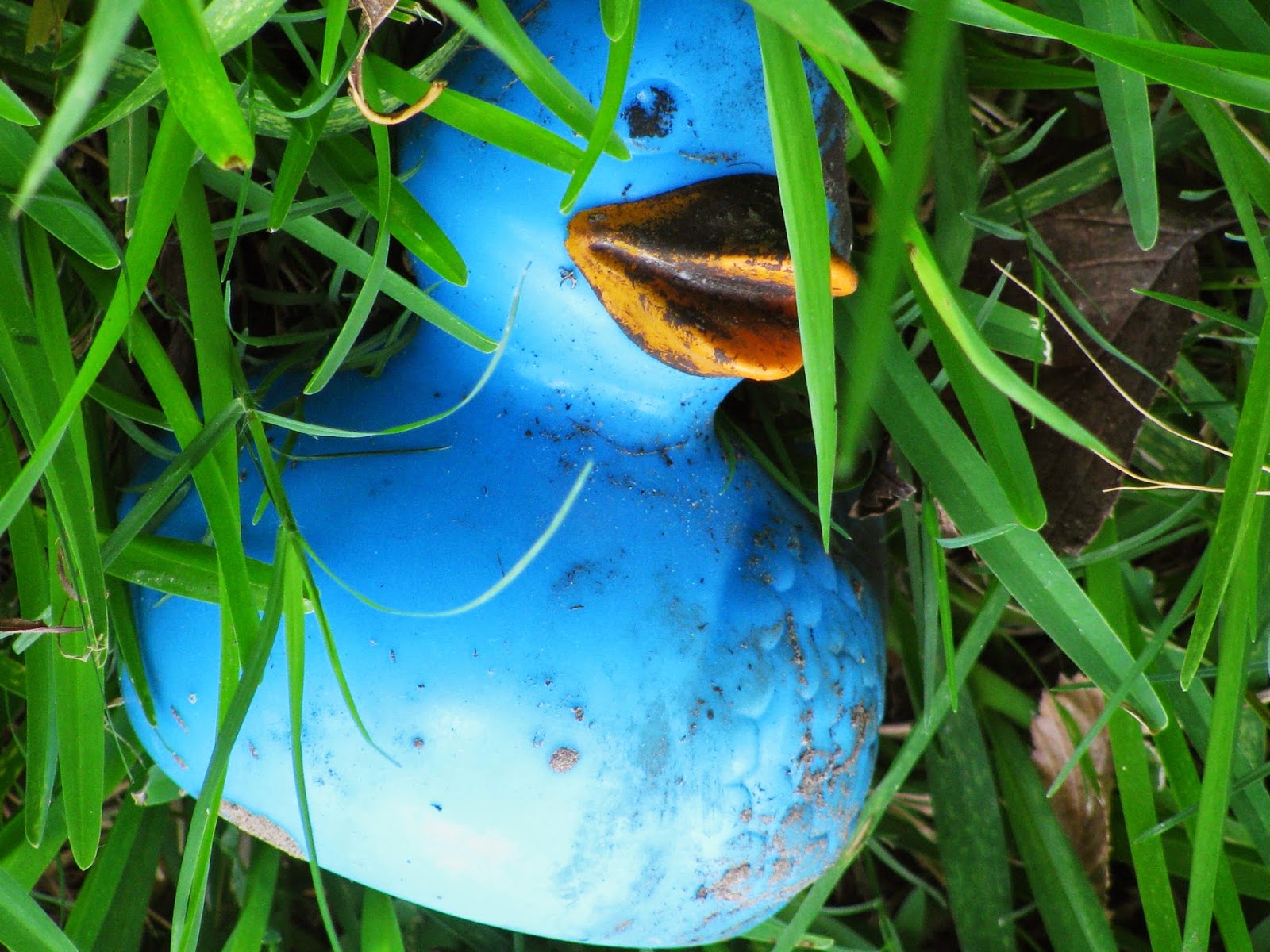 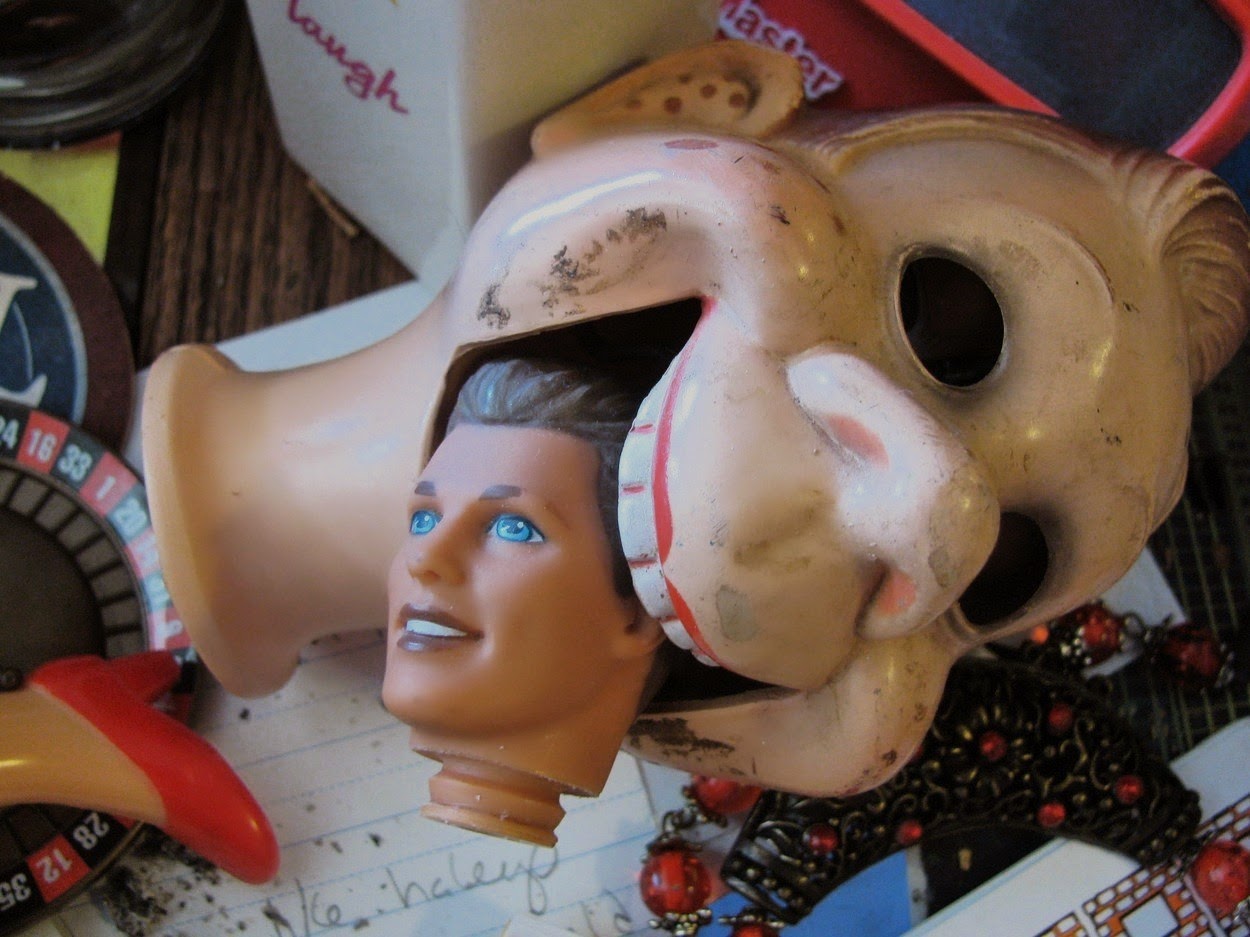 HIS PSYCHO EX by Misti Rainwater-Lites 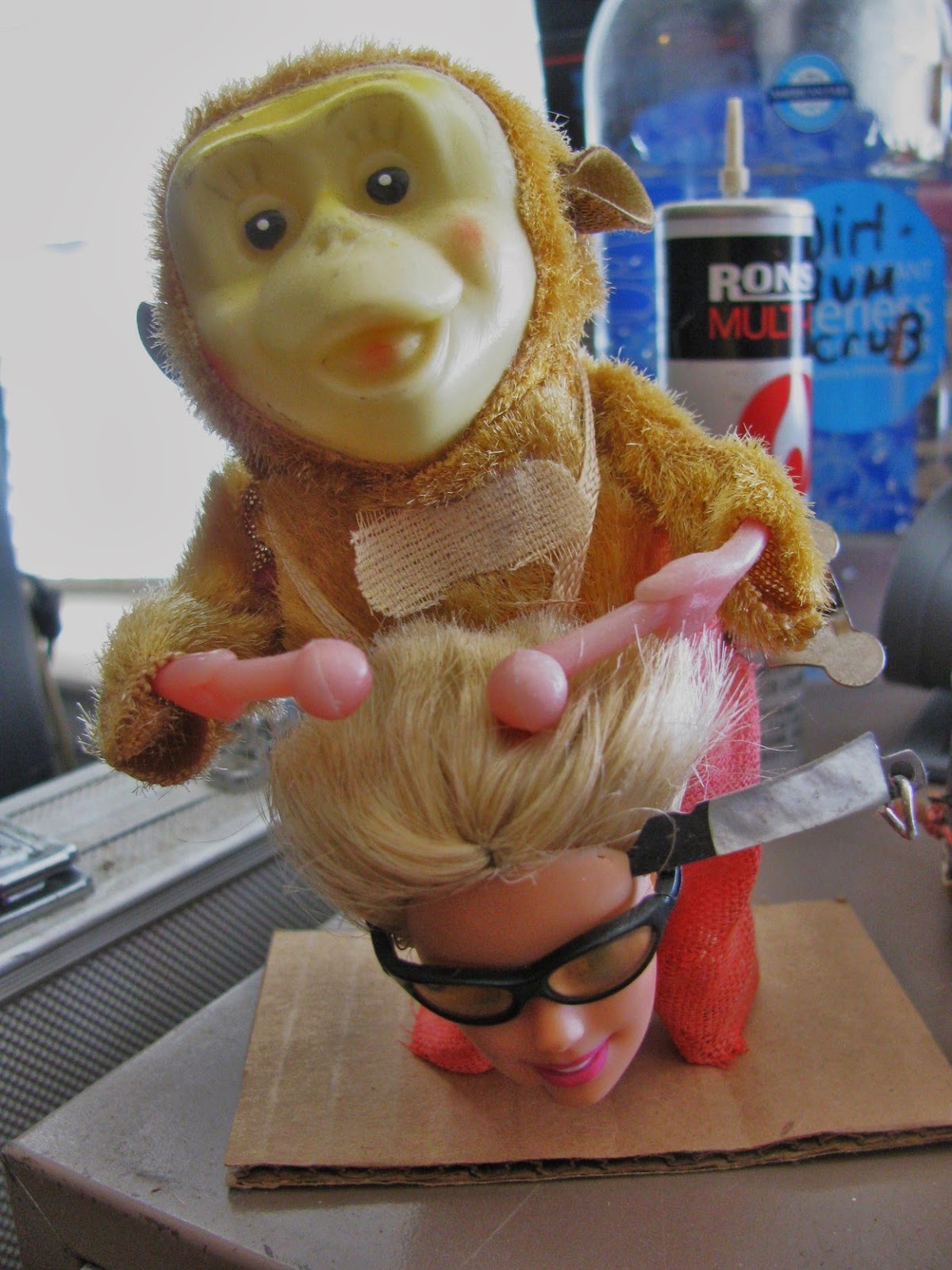 Stephen Weighill is a comedian from the Bay Area. His YouTube channel is WeighAwesome.
at 9:00 AM No comments:

A TALE OF SEVERAL BEAUTIFULS by Aimee Herman

Blame it on symmetry.

How near are her eyes to carefully constructed bridge of nose. Does she starve. Are her hips like the horizon, without fault or curve. Is her skin more mocha than medium rare. What blooms in the months outside of spring or autumn and when the leaves go away, how sturdy are the branches. Does your grass wilt or does it arrive like green erections plunged out of earth’s pores.

Blame it on what distracts us. Call it brushed air. Call it removed particles of mistake.

Her smile is white and heterosexual. His hair is without recede. That home is window’d and gorgeous due to its skylights and built-in 401K plan. Does her cellulite show. Does your health plan cover the creams you will need to rub it away. What is your routine. How many chemicals have attempted to peel away your skin; I think you might be beautiful under that fifth layer. Keep ripping at yourself. Scoop out and where there is tunnel, there is possibility for better.

Blame it on tents and drawers and the tenacity of lies. Collocate implant with imbalance.

Remove your girdle now. Help the redheaded dancer with her zipper and linger your looks at the way she folds like love letters. Quietly ask if you can dance your language into the cleavage of her mind. And the other one with painted eyebrows, thicker than the remorse from your 20s. She is beautiful too. And that graffiti’d church that might be a bank now or was but has become a collaborative celebration of dripped paint now. And her nipples. And that cloud that kind of looks like your best friend from tenth grade. And that fence, painted turquoise. And your neck. And that meal you fed me when my palms were too tired to lift and curl. And that Wednesday you fell asleep inside me. And that rooftop garden. And the smell of patchouli you snuck inside magazine. And your sodium. And my blood. And that too.

http://aimeeherman.wordpress.com/
at 9:00 AM No comments:

He puffed every breath
To paint a dream with smoke
But with every exhalation
He could see colors
Bidding adieu to life
at 9:00 AM No comments: 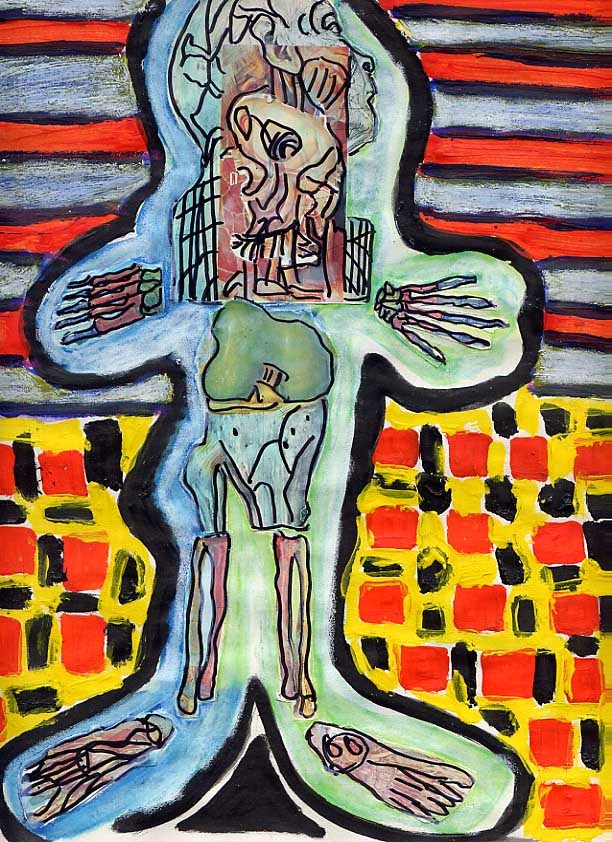 It wasn’t the army helmet bra
nor the hat with hummingbird feeders.

It wasn’t the clear bubble-wrap dress
nor the organic eggplant shoes.

It wasn’t even the smartphone earrings
nor the corrugated cardboard corduroys.

It was the elusive slip made of Higgs bosons
that made us all sit up and take notice.

Mark Sebastian Jordan has been an active presence on the Ohio arts scene for thirty years as an actor, director, playwright, and improv comedian. His Mansfield Trilogy of historical dramas was featured in sell-out performances for a decade at Malabar Farm State Park. As a living history performer, Jordan has portrayed Orson Welles, George Frideric Handel, Dan De Quille, and Clement Vallandigham. He has also been featured in television programs such as Ghost Hunters, Mysteries at the Museum, My Ghost Story, and House of the Unknown, and appeared as an extra in the classic film The Shawshank Redemption.

Jordan is also a poet with numerous publication credits. He was awarded 2nd place in the 2013 Jesse Stuart Memorial Award by the National Association of State Poetry Societies, and has also received awards from the Ohio Poetry Association, the Ohio Arts Council, The Ohio State University, Case Western Reserve University, The Associated Press, The Rupp Foundation, The Ohio Theater Alliance, the Ohio Community Theatre Association, the Ohio Eta Chapter of the Theta Alpha Phi drama honor fraternity, and the Mansfield/Richland County Convention and Visitors Bureau.

Jordan has worked as a freelance journalist for publications all over Ohio as well as ones based in New York City and London, England. He currently reviews concerts of the Cleveland Orchestra for Seen & Heard International. His humorous satire 1776 & All That is available from XOXOX Press. Jordan's poetry chapbook The Book of Jobs was published by Pudding House Press, and his next chapbook, Murder Ballads, will be published by Poets Haven Press in 2014.

Mark lives at Malabar Farm State Park in Lucas, where he runs the Hostelling International hostel, which provides affordable accommodations to travelers of all ages, promoting the idea of world peace through culturally diverse travel.
at 9:00 AM No comments:

IF YOU CAN’T STAND THE HEAT by Cassandra Dallett

even the trees look tired
the sad brown grass about to combust
the Low Rider Oldies are singing smoothly for the cool of dusk
It’s tempting to start the drink now
but with the sun this high
I’d be laid out with the dogs
panting
a gin and tonic sweating a glass with lime
reminds me of last night
how the boy was lapping me
how he grinds into me
my hips a bowl of oatmeal
butter melting the middle
how he always finds a deeper spot
then my phone rings
and I need to go home
make up stories
explain the stoned look
in my eye.

Cassandra Dallett occupies Oakland, CA. Cassandra writes of a counter culture childhood in Vermont and her ongoing adolescence in San Francisco Bay Area. She has published in Slip Stream, Sparkle and Blink, Out Of Our, Up The River, Hip Mama, and The Criminal Class Review, among many others. A full-length book of poetry Wet Reckless will be released from Manic D Press in the spring of 2014.
at 9:00 AM No comments: